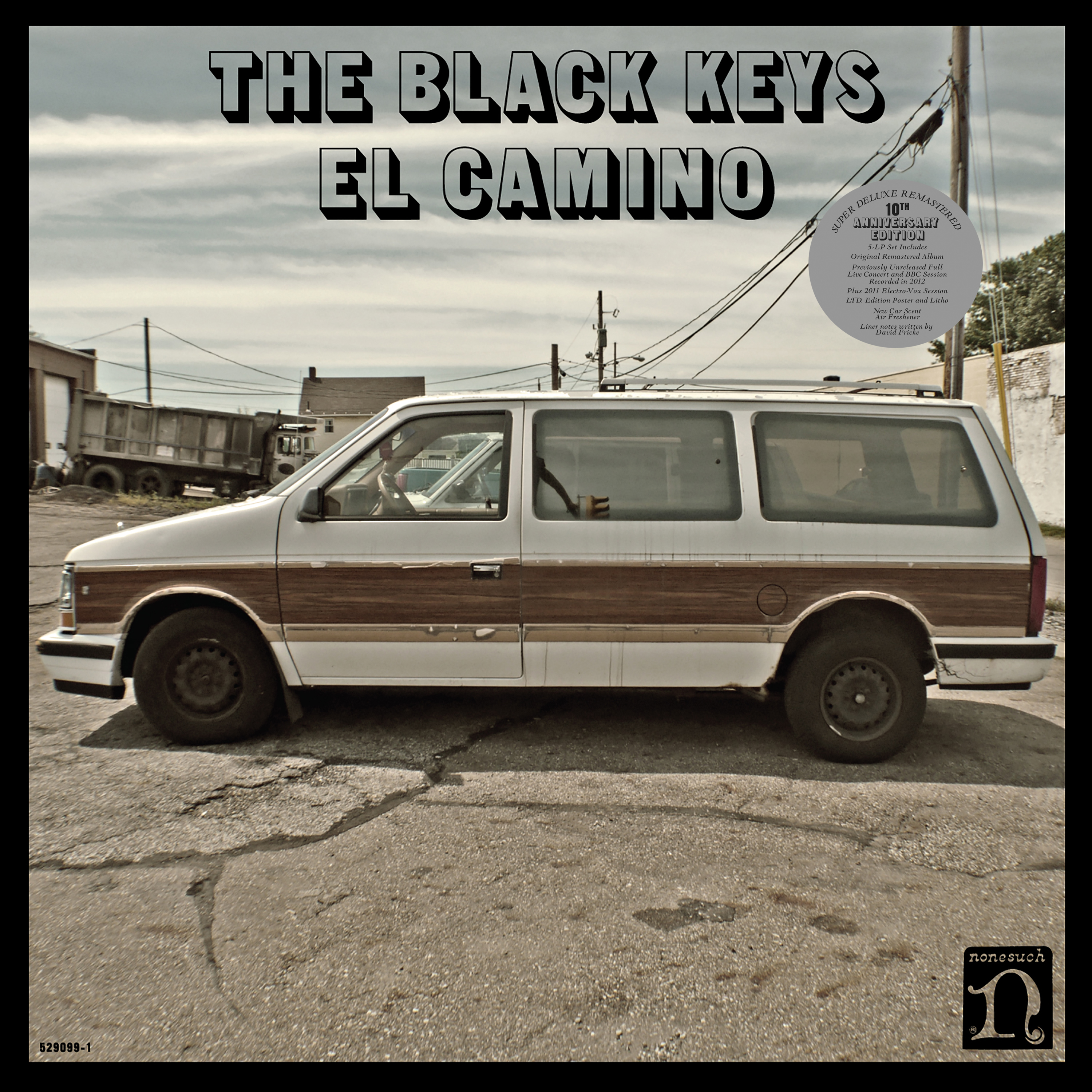 WORLD TOUR OF AMERICA AND HEADLINE PILGRIMAGE FESTIVAL ON SEPTEMBER 25

The Black Keys will release a special tenth anniversary edition of their landmark seventh studio album El Camino via Nonesuch Records on November 5, 2021. El Camino (10th Anniversary Deluxe Edition) will be available in several formats including a Super Deluxe edition of five vinyl LPs or four CDs, featuring a remastered version of the original album, a previously unreleased Live in Portland, ME concert recording, a BBC Radio 1 Zane Lowe session from 2012, a 2011 Electro-Vox session, an extensive photo book, a limited-edition poster and lithograph, and a “new car scent” air freshener. A three-LP edition, which include the remastered album and the live recording, will also be available, as well as a special fan club version of the three-LP set. The Super Deluxe version will also be available digitally (full details below). Pre-order El Camino (10th Anniversary Deluxe Edition) here.

The band shared a new trailer for the album, which features Derrick T. Tuggle—who was in the original “Lonely Boy” music video—reprising his role. Watch it here.

El Camino was produced by Danger Mouse and The Black Keys and was recorded in the band’s then-new hometown of Nashville during the spring of 2011. The Black Keys won three awards at the 55th annual GRAMMY Awards for El Camino – Best Rock Performance, Best Rock Song, and Best Rock Album—among other worldwide accolades. In the UK, the band was nominated for a BRIT Award (Best International Group) and an NME Award (Best International Band). The week of release, the band performed on Saturday Night Live, the Colbert Report, and the Late Show with David Letterman, and later that year, went on to perform their first Madison Square Garden show.

Rolling Stone, which featured the band on its cover around the release, hailed El Camino for bringing “raw, riffed-out power back to pop’s lexicon,” and called it “the Keys’ grandest pop gesture yet, augmenting dark-hearted fuzz blasts with sleekly sexy choruses and Seventies-glam flair.” The Guardian said, “They sound like a band who think they've made the year's best rock'n'roll album, probably because that's exactly what they've done.”

The story of the Black Keys' seventh album, named after an automobile, long out of fashion and featured nowhere in the artwork, begins on a sidewalk in the middle of a blizzard. On the afternoon of January 9, 2011, singer-guitarist Dan Auerbach and drummer Patrick Carney stood on the pavement outside the Bowery Hotel in New York City, saw the weather turning vicious, looked at each other and came to the same decision: They had to get off the road.

The night before, the duo scored another first in a season getting crowded with them: The Black Keys' debut appearance on Saturday Night Live, performing "Howlin' for You" and "Tighten Up," the breakout singles from their latest release, Brothers. Two days earlier, Brothers—the Keys' first Top Five album, released in May, 2010—became their first gold record, passing a half-million in sales thanks to heavy FM rotation and a near-year of gigging, now set to run deep into 2011 including a prestige slot at Coachella and victory laps in Europe and Australia.

The Keys "tried to settle down" after cancelling the tour, Carney says. But that didn't last. "I said, 'We should just make another record.' And I asked Dan if we should get Danger Mouse"—the hip-hop and modern-rock producer, real name Brian Burton, who worked on the Keys' 2008 record, Attack and Release, and co-produced "Tighten Up." Auerbach and Carney did not have any new songs, but as the drummer notes, "Most of our records—we don't have material when we start. Brothers was made up in the studio."

Recently, the band announced their World Tour of America. The Black Keys will perform three intimate shows in Oxford, MS, Athens, GA, and St Petersburg, FL, surrounding their September 25 headlining set at Pilgrimage Fest in Tennessee. Tickets for these dates are available here.

The Black Keys recently released their tenth studio album, Delta Kream, which was recorded at Easy Eye Sound studio in Nashville. The album takes its name from William Eggleston’s iconic Mississippi photograph that is on its cover. Delta Kream is available for purchase on all formats here.


Formed in Akron, Ohio in 2001, The Black Keys, who have been called “rock royalty” by the Associated Press and “one of the best rock ‘n’ roll bands on the planet” by Uncut, are guitarist/singer Dan Auerbach and drummer Patrick Carney. Cutting their teeth playing small clubs, the band have gone on to sell out arena tours and have released nine previous studio albums: their debut The Big Come Up (2002), followed by Thickfreakness (2003) and Rubber Factory (2004), along with their releases on Nonesuch Records, Magic Potion (2006), Attack & Release (2008), Brothers (2010), El Camino (2011), Turn Blue (2014) and, most recently, “Let’s Rock” (2019), plus and a tenth anniversary edition of Brothers (2020). The band has won six Grammy Awards and a BRIT and headlined festivals in North America, South America, Mexico, Australia, and Europe. 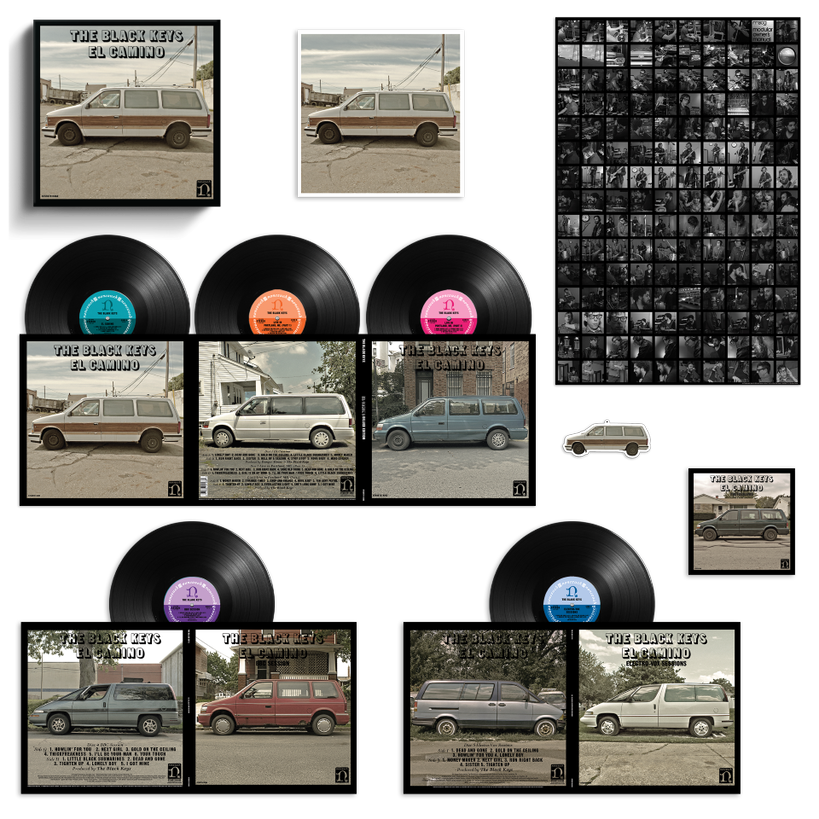 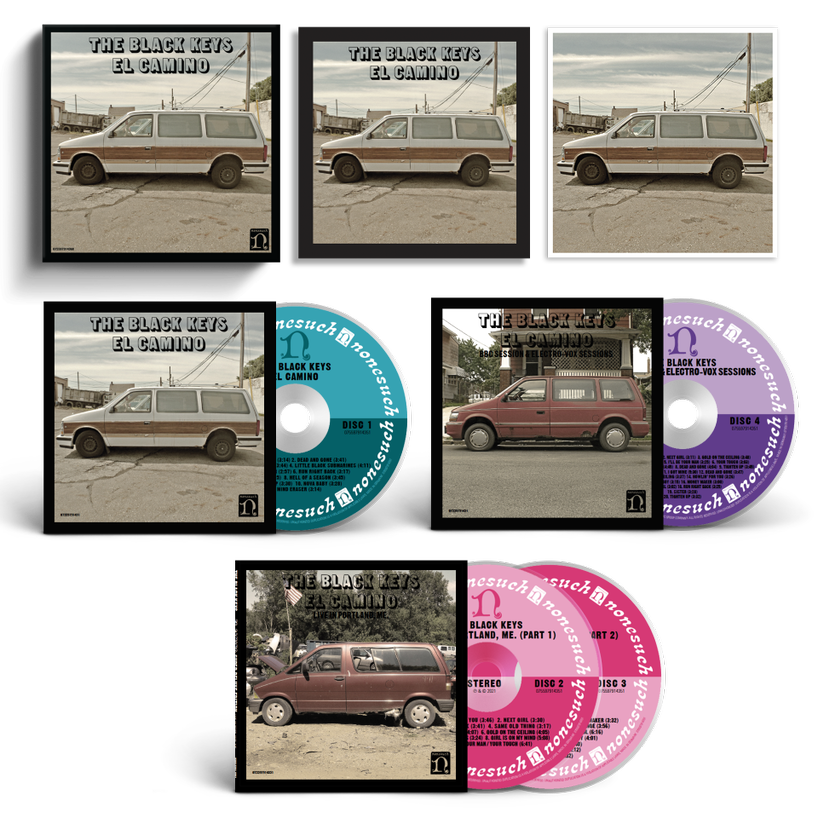 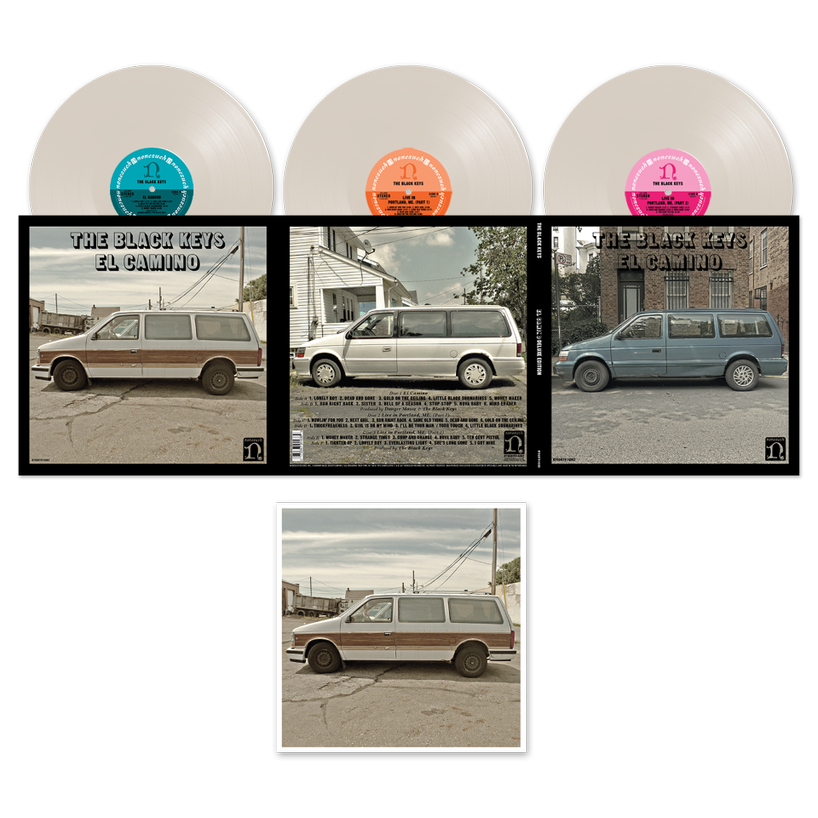 Hell of a Season

Live in Portland, ME

Girl Is on my mind

I’ll Be Your Man/ Your Touch

I’ll Be Your Man

Back to News
Your are successfully subscribed for email notifications.
✖

Notify me when available

We will send you a notification as soon as this product is available again.

Your email is requried